All the best national parks in Canada perfectly highlight the vast country’s natural and diverse beauty. From amazing, unique wildlife species and the majestic Canadian Rockies to remote, rarely-visited coastal communities and the literal top of the Earth’s mantle, Canada has a lot to explore.

As the second-largest country in the world (by landmass), it should come as no surprise that Canada is home to a vast range of awe-inspiring natural treasures and landscapes.

Fortunately for nature lovers and adventure enthusiasts such as ourselves, these resources are very well-preserved within the Parks Canada system, the world’s first official national park service.

With 48 national parks occupying nearly 174,000 square miles (or 450,000 square kilometers), it can be difficult simply deciding where to visit first. We choose the best national parks in Canada to highlight everything from the world-renowned Canadian Rockies to vast interior grasslands and super-remote, little-known offshore islands.

No matter which of the Canada national parks you visit, you’ll be treated to Mother Nature at her finest!

Map of the best National Parks in Canada

Similar to the U.S., one of the best ways to experience the national parks in Canada is on an epic road trip. Use this map to locate each park and craft your own road trip route.

Fun fact: the stunning Moraine Lake, which gets its color from melted glaciers, was once on Canada’s $20 bill!

Most people visiting Banff National Park explore at least one of its incredible hiking trails. Covering over 1,600 kilometers (1,000 miles!), Banff has hikes for literally every age group and difficulty.

You can also enjoy snowshoeing or cross-country skiing in the winter and spring, fishing, picnicking, scenic drives, backcountry camping, and much more.

No matter what brings you to Banff, absolute “musts” include visiting Banff Upper Hot Springs, checking out the world-class ski resorts and/or golf courses, and stopping into one of the only distilleries in a national park in the entire world (appropriately named Park Distillery)!

How to get there: Banff National Park is 1.5-2 hours from Calgary. If you’d prefer not to drive, there are a few (extremely affordable!) shuttle options with direct service between either downtown Calgary or the Calgary airport and the park.

Another easy choice for one of the best national parks in Canada, we’re convinced that Jasper is the inspiration behind just about every postcard, puzzle, and framed mountain print there is. It’s jaw-dropping!

Surprisingly, Jasper doesn’t receive nearly as many annual visitors as Banff — despite being just as spectacular (maybe more so?!) and nearby. The parks even share a north-south border, which can be crossed via the famous Icefields Parkway.

No matter what you do or how much time you have in Jasper, stick around after dark. It’s the second-largest International Dark Sky Preserve in the world, so stargazing here is pretty special.

How to get there: Jasper is a 3 hour and 15 minute drive straight West from Edmonton. The Trans-Canada Highway 16 runs through the park and is the main route to and from Jasper. There is a daily shuttle service that connects Jasper to Edmonton. You can also take the Icefield Parkway north from Banff to visit both parks in the same trip.

Waterton Lakes National Park, the Canadian side of Montana’s Glacier National Park in the U.S., is the ultimate paradise for nature lovers.

Many visitors come up through Montana, first spending a few days exploring Glacier National Park (a stop worthy of at least a few days itself!).

How to get there: The closest airport to Waterton Lakes National Park is Lethbridge, which offers domestic flights only, so this is a great option. Fly into Glacier Park Airport in Kalispell, Montana, rent a car, and start your multi-country road trip!

Straddling the US-Canada border just north of Montana, Grasslands is unique among Canada’s national parks. There are no mountains or coastline and not even a single waterfall.

And yet, it’s one of the best national parks in Canada for several reasons: Grasslands is off-the-beaten path, so you have the rare opportunity to explore well away from crowds. It’s also Canada’s darkest Dark Sky Preserve and protects wildlife that doesn’t live anywhere else, like black-tailed prairie dogs.

Aside from the dark sky and lack of crowds, Grasslands is great because you can search for dinosaur bones and other fossils. The park is “wild,” meaning you can hike anywhere, whether or not there’s a developed trail.

How to get there: Grasslands National Park is 1.5 hours from the town of Val Marie. If you can make it an overnight visit, we highly recommend camping at the Frenchman Valley Campground, where you can witness bison as they graze.

Fundy National Park is the definition of small but mighty. Situated on the Atlantic Coast overlooking the eponymously-named Bay of Fundy, the park contains eight miles of what is arguably the most magnificent stretch of Canadian shoreline.

What really makes Fundy one of the best national parks in Canada (and certainly one of the most unique!) is the fact that it’s home to the highest tides in the entire world. The difference between low and high tide is typically about 40 feet! In some places, it rises closer to 70 feet!

Those tidal extremes make for very unique exploration opportunities. At low tide, visitors can walk about a half-mile from the high tide line to the water, walking across what is essentially the bottom of a bay. You could spend hours just exploring the tide pools and tidal flats!

While here, visit the Fundy Biosphere Reserve or set up camp at any of the well-maintained campgrounds (five front country, eight backcountry). And just because Fundy is a coastal park, don’t overlook it in winter: you can participate in cross-country skiing, tobogganing, and hiking!

How to get there: There is no public transportation directly to or from the park.The nearest bus terminals are in Sussex and Moncton and the nearest airports are located in Moncton, Saint John and Fredericton.

Psst! If you’re making your way around Canada, you’ll want to check out these incredible Vancouver hikes as well!

It may sound a little funny to say, but it’s true: there’s a lot of geology happening at Gross Morne, making it one of the best national parks in Canada. Here, you can very literally see tectonic plates and continental drift in action.

Hike into the nearly-perfectly-flat Tablelands, where you’ll see some of the Earth’s mantle and deep ocean crust exposed. The region is also surrounded by mountains, rugged coastal wetlands, and even a freshwater fjord (which is ironically named Western Brook Pond), creating a dramatic landscape that includes sheer cliffs, waterfalls, and deep canyons.

How to get there: Since Gros Morne is located on the island of Newfoundland, you’ll have a few different options for getting there. You can fly into Deer Lake Regional Airport (YDF) and rent a car or take a bus from the town to the park, 35 km.

If you’re driving from mainland Canada, you’ll want to take the ferry between North Sydney, Nova Scotia, and Port aux Basques, Newfoundland. It will then be about a 4 hour drive from Port aux Basques to the southern park entrance.

Situated along the famed Niagara Escarpment, Bruce Peninsula National Park’s breathtaking scenery is some of the most photographed in Canada.

Bruce Peninsula National Park protects the largest undeveloped stretch of Lake Huron shoreline and the Niagara Escarpment, so it makes sense that most of the activities here center around the lake.

Most of the 215,000 annual visitors spend their time kayaking and canoeing, or exploring The Grotto, an incredible natural sea cave on the Georgian Bay.

Note: parking reservations are required from April through October.

If you’re more of a land-lover, Bruce Peninsula is also well-known for its snowshoeing, cross-country skiing, winter hiking, camping, and fishing opportunities.

How to get there: The best way to get to Bruce Peninsula National Park is by Park Bus, a shuttle that runs from downtown Toronto to all of the National Parks in Ontario. The drive is about 3 hours and 45 minutes so you can make it in your own vehicle as well.

An absolute gem among the best national parks in Canada, Cape Breton Highlands National Park is nestled between the Gulf of St. Lawrence and the Atlantic Ocean.

It truly has a little of everything: rugged coastline, mountains, valleys, waterfalls, rivers, multiple types of forest, the dramatic Cabot Trail scenic highway, and a vastly diverse range of wildlife. Bald eagles dominate the skies, moose mark their territory, and you may spot minke or pilot whales patrolling the Atlantic.

Hiking is, of course, incredible in Cape Breton Highlands, but the trails are notoriously rugged and can be a bit treacherous. We recommend taking a guided hike or sticking to the park’s scenic drives and visiting some of its historical sites.

How to get there: The closest airport to Cape Breton Highlands National Park is Halifax (YHZ) in Nova Scotia. From there it is about a 4 hour drive north to the south entrance of the park.

One important thing to note is that the park is divided into three separate — and very different — sections: Brackley-Dalvay Beach, Cavendish, and Greenwich.

How to get there: There are several options for getting to PEI National Park. The easiest and most affordable are either driving or taking the Wood Islands Ferry from Charlottetown.

If you’re looking for a once-in-a-lifetime experience that few people ever get, visit Sable Island National Park Reserve.

Once there, you’ll quickly see why this is one of the best national parks in Canada. Wild horses roam freely and the world’s largest population of gray seals dominates the beaches, framed dramatically by wind-swept sand dunes.

Off the island’s shores, at least 350 ships met a tragic fate due to the notoriously treacherous waters. It’s quite a sight as you fly over Sable Island!

How to get there: Located on the extremely remote Sable Island, one of Canada’s furthest-offshore islands 186 miles (or 300 kilometers) from Nova Scotia, the only ways to access the park is via air or sea. Charter a private flight from Halifax or book a seat on a 6-to-8-hour guided tour through one of the authorized outfitters.

Extremely important: nature is at its wildest here, and inclement weather dictates transportation to and from the island. Have a backup plan and be prepared to pivot — all part of the experience!

Have you been to any of these national parks in Canada? Which was your favorite? Do you have another you think should be on this list?? Comment below and let us know! 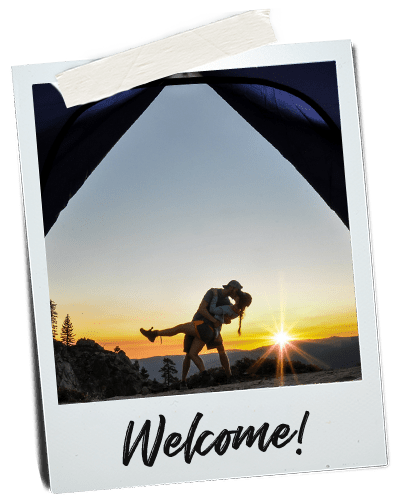 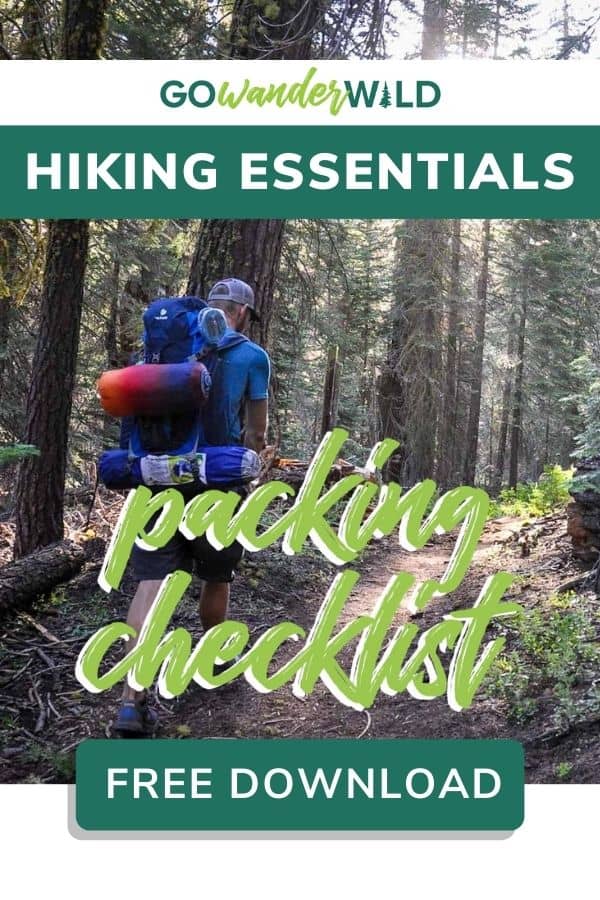 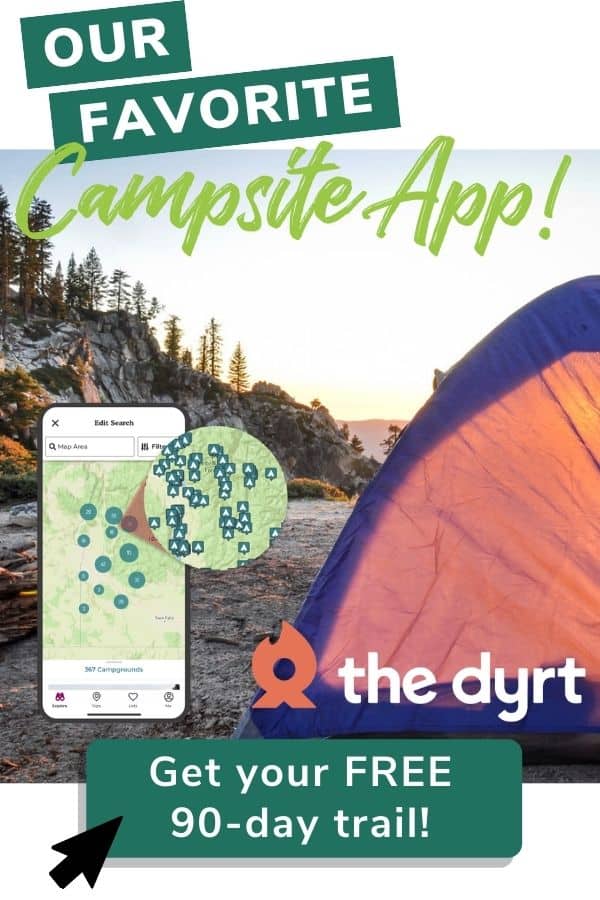 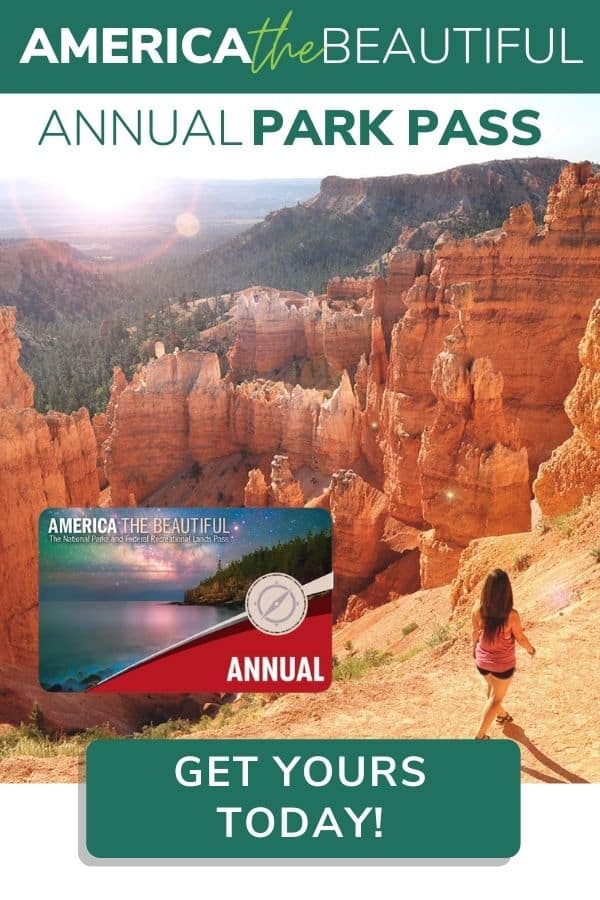